SINGAPORE – As Singapore experiences hotter-than-usual weather, beverage brands Coca-Cola and PepsiCo have taken to the streets to entice and engage consumers with some interactive OOH installations.

Coca-Cola: ‘GIF your feelings’ The local execution of the brand’s global ‘Taste the Feeling’ campaign uses Clear Channel’s Play digital screens, and asks commuters to take a moment for a quick photo opp. The OOH displays feature a built-in camera programmed to detect colours. When the screen detects a face, a message appears “Want to make your moment special with Coca-Cola?”, followed by, “Show me something red to begin”. Once the colour red is recognised, commuters will then be cued to take a series of photos with fun overlays of a Coke bottle. The system then flashes a preview of the GIF on the screen, followed by a unique QR code participants can use to download the GIF file and a Coke voucher. All approved GIFs will be uploaded onto a microsite. The two digital screens are located in proximity to high-traffic and mall areas along Jurong Gateway Road near the Jurong East MRT, JCube, Jem and Westgate and Upper Serangoon Road close to Serangoon MRT, Interchange and Nex. The creative agency is Geometry Global and the media agency is MediaCom.

Pepsi: ‘Express yourself with #Pepsimoji’

PepsiCo International recently launched special bottles and cans featuring a set of 26 emoticons in Singapore, calling them “Pepsimoji”. The emoticons offer varied expressions, such as “Love”, “Kiss”, “Smirk” and “Cool”, that users are already very familiar with, as well as new ones with “Singlish” expressions such as “Blur like Sotong”, “Kan Chiong Spider”, and “Chope”. As part of the campaign, Moove Media transformed a wall at the Dhoby Ghaut MRT station along SBS Transit’s North East Line into an Augmented Reality (AR) screen. When a commuter appears on the AR screen, a #Pepsimoji appears on top of his or her head on the wall at the same time, indicating the commuter’s mood at the moment. This interaction is accompanied by music, sounds of cheers and laughter, and even the hiss sound a Pepsi bottle makes when it pops open. The creative agency is WE! Interactive and Mindshare Singapore handled media. 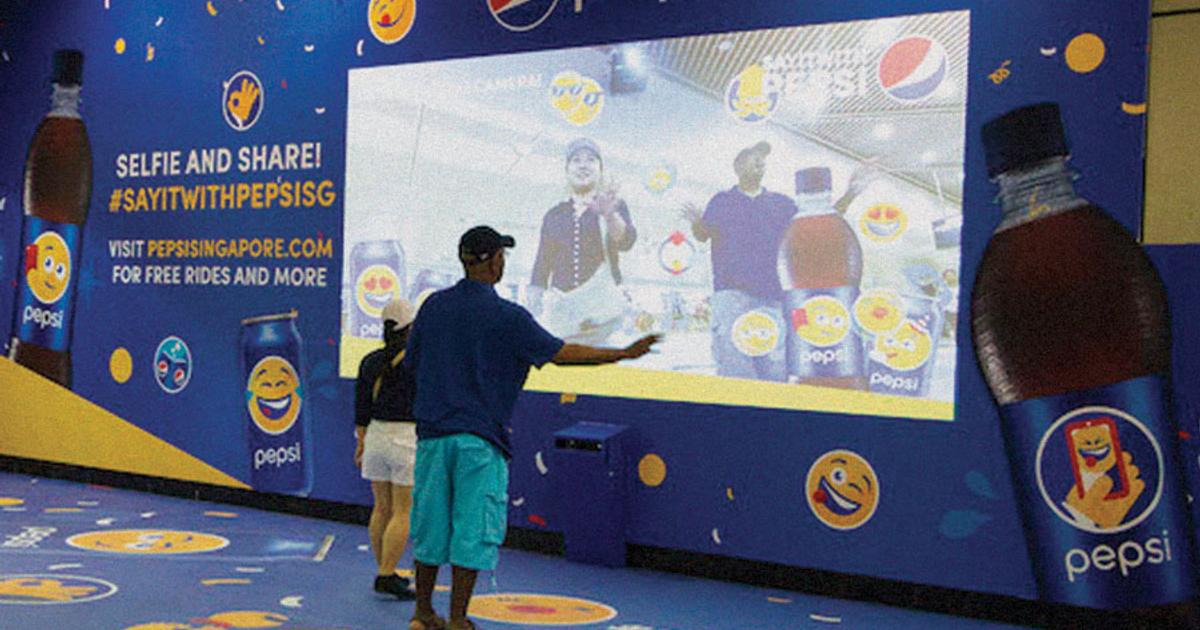